Former Health Minister Dr. Abdullah Al-Rabeeah has been dismissed of his position, and the Labor Minister Adel Fakeih been granted this post. A Royal official said on Monday.

Dr. Abdullah bin Abdul Aziz Al-Rabeeah has been dismissed of his position as the health minister and named as the adviser at the Royal Court with having the rank of a minister, said the representative of King Abdullah, the Custodian of the Two Holy Mosques.

Adel bin Mohammed Fakeih has been supposed to take the position of health minister, also in addition to his post as a labor minister 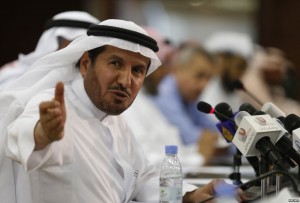 There are no reasons being given for the removal, but the bloggers indicated that the decision might be made in response to the complaints made out by the citizens, particularly after the MERS rising cases.

The fee rose to seventy-eight on the Monday with having death of three additional patients in Jeddah, In Najran and Madinah, as per the Health Ministry, the virus has already infected 244 people.

The Cabinet, though, articulated satisfaction over the efforts made by the ministry to control this virus is working in coordination with WHO and few other specialized international agencies.

Spokesman of the ministry, Dr. Khaled Mirghalani emphasized on the Kingdom’s capability to deal with the infectious diseases during the season of Haj and Umrah.

The reforms are made out to improve the situation in the country. People’s health is the main area where the government needs to be focused.