Prince Muqrin has been appointed as the Deputy Crown Prince, and he will continue to perform duties as second deputy prime minister.

According to Ministry of Hajj, his highness Dr. Bandar ibn Muhammad Hajjar asserted in an article the highness made out a decision in knowing the present needs of the kingdom. He appoints Deputy Crown Prince in knowing the religious needs on which kingdom of Saudi Arabia has been established. It will be a great contributing factor in to the religious affairs dealt by the newly appointed person. And per him the decision is being made, in the light of the religion to be selected him for this position. This new arrangement will help to contribute in the Hajj and Umrah affairs between the government and the ministry. 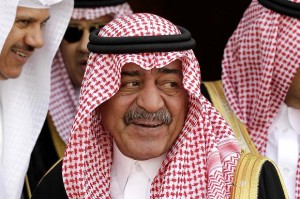 Prince Muqrin is known for his great capabilities, and he has proven track record of great development projects in the past. The king has shown great trust in his services, and he is found to be the most reliable person to perform the demanded tasks. The price deserves this position as he is found to be patriotic, faithful and very experienced person in dealing with country affairs.