As per the report from Kuala Lumpur, April 7 — Flynas the Saudi Arabia airline has selected the Kuala Lumpur International Airport (KLIA) as the hub of flight destination, the planes will be flying three times every week.

Flynas airline has also made a partnership with a domestic company, My Rezqi Sdn Bhd, will be its flight ticket agent in the region. In an interview to media, My Rezqi said the airline probably would use Airbus 330-300 aircrafts which could be seating 327 passengers in the three flight classes, standard economy, special economy and business class. 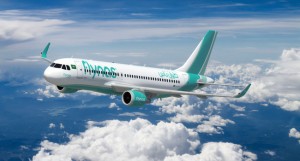 Passengers will be facilitated in every possible manner during the Umrah and Hajj Seasons. This is an effort to provide better traveling facilities to visitors. Wan Mokhter Ab Latiff, the Chief Executive Officer of My Rezqi, said that Flynas is ready to enhance its flights depending upon the demand from Malaysia and the associated region, especially for the event for umrah.

Flynas is also offering other destinations such as London Heathrow and London Gatwick, Amsterdam, Manchester, Casablanca, Paris, Brussels, Islamabad and Geneva with a break in your journey, in the city of Jeddah.